The Golden Rule:  Don't be a Dick! (self-explanatory)

Eligibility:  Only those individuals who have a completed application, acknowledged the Rules and Release of Liability for the current season, meet the age requirement and submit the appropriate fee, are eligible to play in the 4S Ranch Men's Soccer League.

Age Requirement:  Players must be at least 30 years of age (keepers 25) as of January 1st of the season to play in this league.  An exception has been made for all players under the age requirement that played in the Spring 2020 league. If those players leave, they will not be able to play again until they have reached this requirement.

Fee:  Fee must be received by or before the date stated at registration.  The fee can fluctuate per season, based on needs and expenses. Sub Pool will pay $5/game unless asked to join a team and they play at least 50% of the season - fee would then be prorated accordingly.

Refunds:  Refunds are done automatically for players that don't make a roster via the method they paid their fee.  Checks will be shredded.  Once the season starts, refunds will be prorated and only applicable within the first two weeks of the season. No refunds after the second week. The only exception would be if 50% or more of the season could not be played and/or rescheduled due to inclement weather (e.g. lightning, high winds).  In that circumstance, players would either receive a prorated refund or prorated credit toward the following season.  If less than 50% of the season cannot be played due to inclement weather or an "Act of God", the League would receive credit and would apply it toward the following season.

Minimum Players:  Each team must have a minimum of seven (7) players from its roster at the assigned starting time of the game (5 minute waiting period) or they forfeit.  A forfeit by one team will be scored 1-0; by both teams 0-0 (draw).

Request for Substitute / Replacement:  Players must notify their team manager if they can't make game(s).  If a sub is required, the player would notify their manager when ready to return and the manager would then contact the League Admin. Admin will contact players in the Sub Pool with a similar rating - all players receive a rating based upon the agreement of managers and Admin. The first player(s) to reply will receive the spot(s). 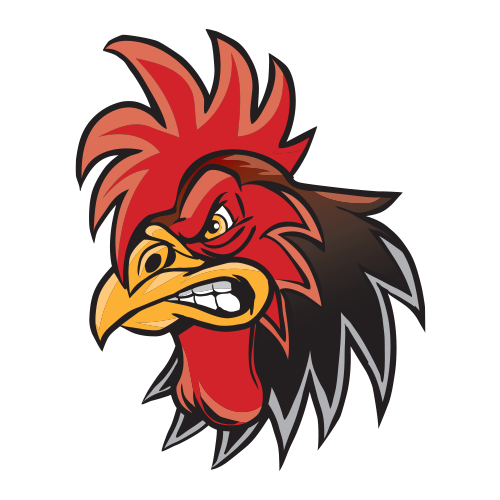 Absences:  Any player who misses three (3) consecutive games will be substituted (for minimum two more games); any player who misses five (5) total games during a season can be immediately replaced for the season, no refund, and may not be eligible to be assigned to a team the following season (eligible for Sub Pool). Legitimate reasons noted to their team manager will be excepted (e.g. injury, military duty). If a player misses two (2) games and does not notify their manager of their absence, they will be immediately replaced - no refund.

Teams & Selection:  Depending on the number of registered players and determination of parity, League Admin and Managers have the option of keeping the same teams season-over-season, with or without changes, OR conducting an open draft.  If a draft or keeping teams with changes, placements will not be guaranteed.

Referee & Linesmen: Referees and linesmen are certified through the County of San Diego.

Slide Tackling: NO slide tackling allowed* (goalies excluded inside their own 18-yard [penalty] box). If the referee determines that the slide tackle is with excessive and reckless force, the referee can use their discretion (issue yellow or red card) and send the player off the pitch.

* EXCEPTION:  If a player slide tackles to score a goal, to save a goal, or to save the ball from going out of bounds AND there is NO OTHER OPPONENT INVOLVED IN THE PLAY, then the slide tackle is allowed and there is no infraction.

There is NO playing or attempting to play while not on one’s feet when other players are within playing distance. This is considered dangerous play.

Yellow Cards: This is a caution card and at the ref's discretion. Two yellow cards in the same match will constitute a red card. For every yellow card after the fifth (5th) in a season, the player must sit out the following game, including playoffs. No subs allowed in these instances. 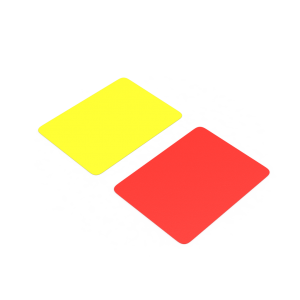 Red Cards:  A player who receives a red card during or after a game must sit out the next game (see below for violent conduct). This includes playoffs. Their team will not receive a sub. If a Sub Pool player receives a red card in their game, they will not be eligible to sub again for three (3) weeks. If any player receives any combination of two red cards in a single season, they will be banned from the remainder of the season, including playoffs, no refund, and may not be eligible to play again in the future. If a player receives a red card in the last game of the season, they are not required to serve a one-game suspension the following season but can be subject to disciplinary action as determined by a vote of the managers and/or Admin.

Managerial Suspension: At the official Manager’s Meeting prior to each season, Managers may impose a one-season Managerial Suspension on any player that has consistently exhibited behavior that is considered to be contrary to the spirit and benefit of the League and its players. Such suspension would require a 50%+1 vote of the Managers.

The handball rule has also been re-written, but instead of explaining the changes, it’s better just to display the entire new rewritten rule. According to the newly written laws, the changes are:

The IFAB wrote lengthy reasoning for the change in the handball rule. This reads,

Greater clarity is needed for handball, especially on those occasions when ‘non-deliberate’ handball is an offense. The re-wording follows a number of principles:

Standings & Playoffs:  Standings are determined by points based on overall record; three points for a win, one point for a tie, and zero points for a loss.

Tiebreakers, in order of precedence: head to head, goal-differential, shutouts, and coin toss. Playoff seeding, if scheduled, will be determined by the above criteria.

Match Duration:  Each half is 45 minutes long.  If the match is terminated because of outside interference of any kind with less than 15 minutes remaining, the game is considered complete.  If a game is discontinued within the first half of play, the game will be replayed in its entirety (if scheduling allows).  If the game is interrupted during the second half with more than 15 minutes remaining, the game is continued at the next matchup from the point of interruption (score carries over, time re-starts at the point it was stopped).

Ties and Tie-Breakers:  Regular season games are allowed to end in a tie. For all playoff games that are tied at the end of regulation (except for the championship game), games will be decided by penalty kicks from the spot (no extra time per below).

For the championship game, one 8-minute period will be added (no golden goal). The higher seed will call the coin flip for side/kickoff. If it's still tied at the end of the overtime period, the game will be decided by kicks from the penalty mark. Any eleven players who have played in the game are eligible to take penalty kicks (do not have to be on the pitch when time expires); if one team has less than eleven players eligible for penalty kicks, the opposing team must reduce its number of eligible players to equate.

FIFA® Rules (governed by IFAB):  FIFA® rules apply unless in conflict with local rules above; in such case, local rules supersede.